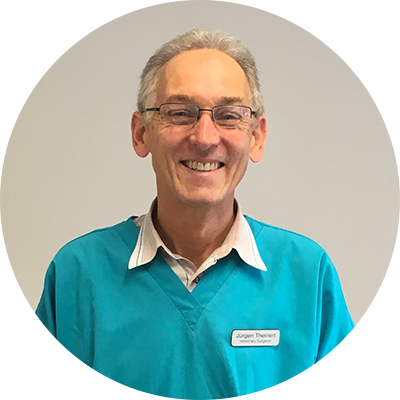 Jürgen qualified from Ondersteport, South Africa in 1994, and moved to the UK shortly after. Jürgen has mainly worked at Edgewood in his practising career, he became a partner here in 2001 and took over the company fully when Andrew retired in 2010. Jürgen spends his spare time with his wife, two daughters and their collective of animals at home which include 2 horses, 3 dogs, chickens and small furries.